An Interview with Maggie Ryan, Creator of The Red Petticoat Saloon

1.     What is The Red Petticoat Saloon Series?

The Red Petticoat Saloon series is a collection of books written by #1 and USA Today bestselling authors. Each book tells the unique story of a different woman, 'a gem', who comes to the saloon to find a safe haven and discovers they become part of a family.  Recurring characters appear in each book to allow readers a continuity as they learn about the women who have learned to bend but have not broken under the harshness that life has to offer. It is a series where strong, loving men find not only entertainment at the saloon but the special women who reside under its roof.

2.     Tell us a little about The Red Petticoat Saloon.

The Red Petticoat Saloon is the most opulent saloon in the foothills of the Sierra mountains. It is far more than a saloon. Delicious meals are available in the dining room where Miss Nettie, a creole woman from Louisiana, works her magic in creating dishes with a bit of spice and a lot of love. She is almost as famous for the wooden spoon that is never far from her hand as she is for her sage advice and loving soul.

Musical entertainment is abundant. Be it ballads played on the piano by Charlie Walker or rowdy tunes to accompany a dance where red petticoats swish around shapely legs, or a song sung by one of the beautiful gems, customers are welcome to sit and just listen or stomp their feet and sing along.

The beautiful mahogany bar glows under soft lighting that reflects off crystal glasses. Drinks are served with a smile and are the perfect solution to soothing a parched throat.

Card tables are covered in green felt and are surrounded by comfortable chairs. Gems are ready to deal each hand or sit on a lap to offer a bit of luck to those men who wish to take a gamble.

A bathing room is available where a gem will be happy to help a man wash away the dirt and grime before taking the trip upstairs into a gem's waiting arms.

Walk up the stairs and you will find the beauty of a well appointed bedroom, and the softness of a gem waiting to bring you comfort.

The series takes place in the town of Culpepper Cove nestled in the foothills of the Sierra mountains. A fast horse can make the journey from Culpepper Cove to San Francisco in a day. The year is 1850 and the population of California has grown by leaps and bounds with the discovery of gold. Thousands of men have staked claims all along creeks and rivers as well as deep within the mountain itself.

The Culpepper River runs through the town. There is a mercantile, a bank, a livery, a forge, a jail, a laundry, a small inn, a doctor's office, and, of course, The Red Petticoat Saloon. Farms and ranches can be found outside the city limits. Dry Creek is the nearest town.

It all begins when Lady Juliette Gardner leaves her title and her easy life behind after a scandal befalls her in England. Juliette believes it is nothing but hypocrisy for a man to be paid a dowry to take not only ownership of everything a woman posesses but her body as well. To her thinking, it is just an acceptable way for a woman to be paid to give herself to a man. It didn't take her long to decide to cut out the middle-man and allow the woman to make her own decision as to who she is willing to give her body to.  With her grandmother's encouragement for her to start again and her grand uncle's belief that a life without a dream isn't worth living, she is on her way. Knowing how it feels to be shunned, she declares that she will open a house of her own; a house where women who feel that all hope is lost will not only find a safe place to live, but will have the chance to discover and follow their own dreams.

Juliette becomes Jewel and her life is blessed with two women who decide that they wish to become her first 'gems'. Each woman is given the name of a gemstone to allow them to maintain the privacy of their real identity.

As Jewel states, gems are found deep within the earth and though often overlooked and mostly dull and dirty; once polished, they shine with a brilliance and a light that offers beauty and hope to all those who take the time to stop and unwrap the gift of nature's bounty.

6.     What is the best part of working on this series with so many talented authors?

I am amazed at the creativity these authors bring to their books. It is exciting to see everyone so ready to bring another gem to life, telling her story that is so uniquely different from another's and yet in a way that offers the readers a continuity throughout the different books. These are some of the most talented authors I've ever known. It is a gift to see them take an idea and run with it and an absolute pleasure to read the final product.  It's been a blessing to see everyone encourage each other as all of us want the series to be the best it can be. It's fun to laugh at some of the ideas, commiserate with the angst of having to decide when to 'tweak' a bit more or be brave enough to let it go. Just as every book is unique, so is every author and it is an absolute honor to work with them all.

7.     Are there any behind the scene secrets you can let us in on?

Hmmm, what's that line? A secret is no longer a secret once it is shared? However, I can't resist giving readers just a teensy bit of inside info.

This series brings you beautiful, strong and sassy women but it will also bring you strong alpha males who work very hard to make a living. They are determined, honorable and stern and yet, they have infinite love to offer to the one who captures their hearts. They love with a passion that leaves a woman breathless. Now, that is not to say they don't hesitate to turn one over a knee to flip up a petticoat. These men consider it their duty to make sure their special lady knows that if she chooses to be too sassy or too naughty, she can expect far more than her petticoat to be red. 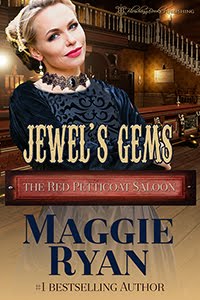 Jewel's Gems sets the stage so to speak. The journey begins in England at a party of the highest members of the ton. Juliette is a woman who has just discovered the power of passion and when she is betrayed, she discovers that while society accepts 'boys will be boys', her reputation is shattered. With a father who declares that his only child is not only a fool but is a whore, she knows she must leave everything she's ever known and find a new beginning.

With the help of her grandmother and two women she meets on a ship to America, the idea of how to help not only herself but other women who feel they've nowhere safe to go, her dream is born. A wager in a poker game sets her on the path to California where thousands have flocked to join in the Gold Rush. Where there are men, there will be the need for entertainment and comfort.

Juliette becomes Madame Jewel and with her new partner, Gabriel Vasquez, they take an old hotel in the small town of Culpepper Cove and transform it into The Red Petticoat Saloon.

Jewel welcomes you to come inside for a hot meal prepared by Nettie, to listen to a tune played on the piano or watch a show performed by beautiful women. You are free to have a drink at the bar or play a few hands of cards in the gaming room. And, if you seek a bit of intimate comfort, there are many beautiful women willing to remind a hard working man of the softer things in life.

However, know this:  Make the mistake of calling one of Jewel's gems a whore and you'll be shown, or thrown, right out the door.

I hope you take the trip with me and all these incredible authors and find laughter, love, lessons, and hours of enjoyment at The Red Petticoat Saloon. 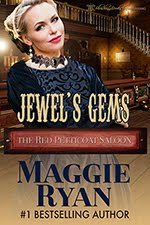 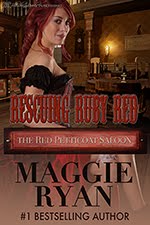 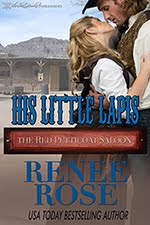 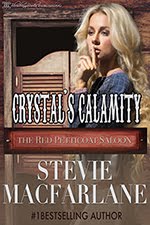 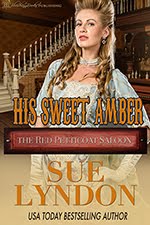 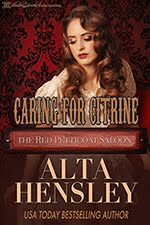 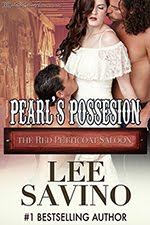 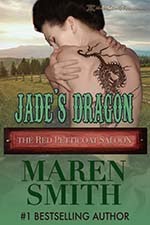 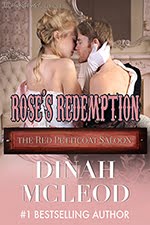 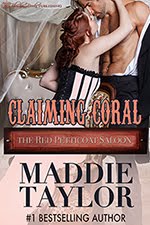 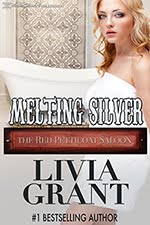 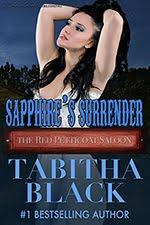 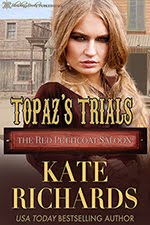 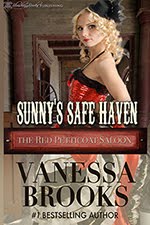 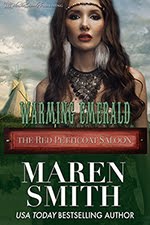 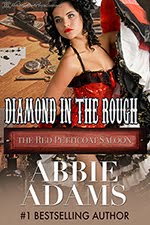 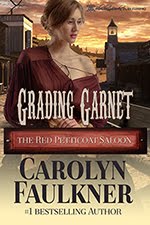